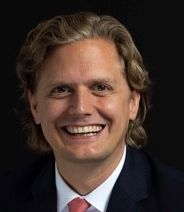 Dennis Koolaard is an Attorney-at-Law at De Kempenaer Advocaten in Arnhem, The Netherlands. Dennis acted as Ad hoc Clerk for the Court of Arbitration for Sport in over 175 arbitration proceedings, including several high-profile disputes. Dennis also acts as arbitrator for the Disciplinary Tribunal of World Athletics and the Dispute Resolution Chamber of Euroleague Basketball. At domestic level, he chairs the Poolcommittee of the Royal Dutch Football Association (KNVB) and adjudicates doping disputes for the Institute of Sports Judicial Administration (ISR). Dennis lectures sports law at various universities in The Netherlands and abroad.